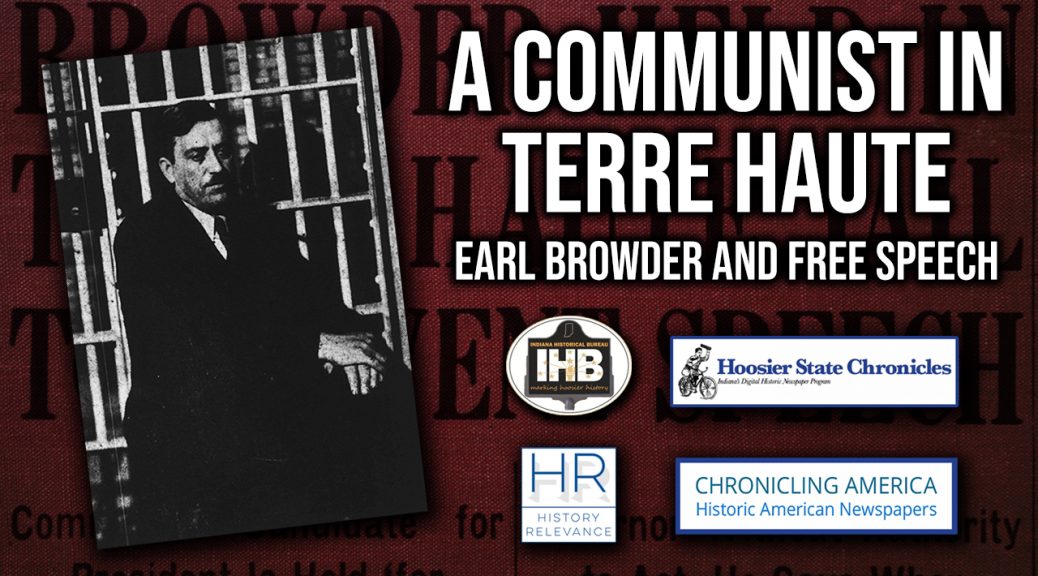 Five men are sitting in a jail cell in Terre Haute, Indiana. The leader of the group—a middle-aged, mustached, and unassuming figure—had been arrested on charges of “vagrancy and ‘for investigation’,” according to the local police chief. But it wasn’t a drunk or an unlucky drifter sitting in the cell. It was the leader of an American political party and its nominee for President of the United States. He had tried to give a speech in Terre Haute when arrested by the local authorities. His case became a statewide and even national discussion on the importance and limits of free speech. Now, who could’ve caused all of this ruckus? It was Earl Browder, General Secretary of the Communist Party of the United States.

Music: “And Then She Left” by Kinoton, “Echo Sclavi” by the Mini Vandals, “Namaste” by Audionautix, “Myositis” by the United States Marine Band, “Finding the Balance” by Kevin MacLeod, and “Dana” by Vibe Tracks

END_OF_DOCUMENT_TOKEN_TO_BE_REPLACED

August 17, 1940  – Wendell Willkie accepted the Republican nomination to run for President in his hometown of Elwood, Indiana. Over 260,000 were in the crowd.  Willkie became the fourth Hoosier resident to receive a party nomination for President.  Indiana’s other presidential nominees included Benjamin Harrison (Republican, 1888), Eugene V. Debs (Socialist, 1904, 1908, 1912, 1920), and Frank J. Hanly (Prohibition, 1916).  Willkie lost the 1940 election to incumbent Franklin D. Roosevelt.  Willkie received 44.8% of the popular vote, but only won 82 electoral votes to FDR’s 449.  Read about Willkie accepting the nomination in the Hammond Times.