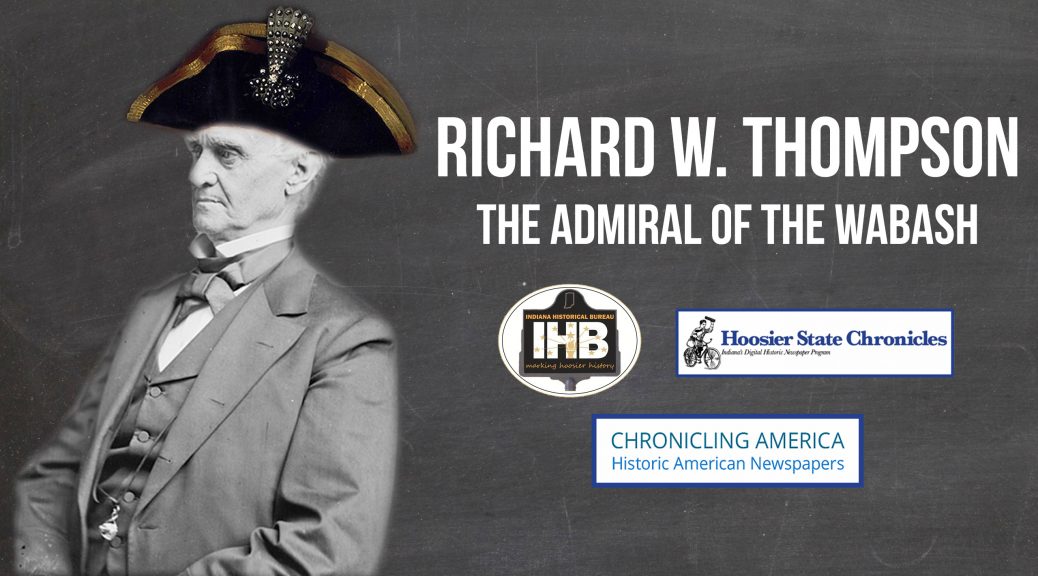 END_OF_DOCUMENT_TOKEN_TO_BE_REPLACED

Theodore Roosevelt, the 26th president, mounted an unprecedented third-term campaign for the office on the Progressive Party ticket in 1912. Known colloquially as the “Bull Moose Party,” Roosevelt’s campaign for the office was heavily chronicled by progressive newspapers here in Indiana, particularly the Richmond Palladium and Sun-Telegram. From August 5-7, 1912, the Progressive Party met in Chicago to both nominate Roosevelt for the presidency and establish a new political party, one founded on what Roosevelt called the “Square Deal.” As historian Lewis L. Gould explained, Roosevelt believed that “the federal government must do more to supervise large corporations, improve the lot of women and children who worked long hours for low wages in industry, and conserve natural resources.”

Roosevelt’s decision to run stemmed from his disappointment at the cautiousness and conservatism of his former cabinet member and hand-picked successor, William Howard Taft. Taft came into office in 1909 arguing for Roosevelt’s ideals, but had since moved towards to the limited government and pro-business attitudes of Republican Party insiders, or so Roosevelt believed. It was this disappointment which motivated Roosevelt to usurp the Republican nomination from Taft and reassert his influence on the party. When the Republicans rejected him in favor of Taft in June of 1912, Roosevelt vowed to begin a new party. Thus, the Progressive Party was born.

The convention began on August 5, and the Richmond Palladium and Sun-Telegram wrote about the party’s platform, which, among other proposals, demanded “that the light publicity be thrown upon scales of wages and other labor matters” as well as “old-age pensions.” Rudolph G. Leeds, long-time owner and editor of the Richmond Palladium and Sun-Telegram, enthusiastically supported Roosevelt and was elected “national committeeman . . . by the Indiana progressive delegation.” Roosevelt himself arrived to Chicago on that day and reportedly received “the greatest reception any man ever received in Windy City.” When asked to speak, the former president spoke of the “birth of a new party” and that “the day of the boss, of crooked politicians behind the boss and people who are owned by the boss and crooked politicians has passed forever.”

The next day, August 6, Roosevelt announced his contention for the party’s presidential nomination. His running mate was Hiram W. Johnson, senator from California and one of the Progressive Party’s founders. In his speech, known as the “Confession of Faith,” Roosevelt reiterated his position from his remarks the day before. “Our fight,” Roosevelt declared, “is a fundamental fight against both of the old corrupt party machines, for both are under the dominion of the plunder league of the professional politicians who are controlled and sustained by the great beneficiaries of privilege and reaction.” In terms of policy, Roosevelt argued for more workplace and wage protections for labor, further regulations of trusts and large corporations, assistance to farmers, and wilderness conservation.

To Roosevelt, his nomination was bigger than just one election. It was a “crusade” against the forces of graft and corruption and in favor of the people. “Now, friends, this is my confession of faith,” clamored Roosevelt among the packed crowd in Chicago:

Now to you men, who, in your turn, have come together to spend and be spent in the endless crusade against wrong, to you who face the future resolute and confident, to you who strive in a spirit of brotherhood for the betterment of our nation, to you who gird yourselves for this great new fight in the never-ending warfare for the good of humankind, I say in closing…We stand at Armageddon, and we battle for the Lord.

Roosevelt’s “crusade” was taken to heart by the Palladium and Sun-Telegram, who wrote glowing editorials about Roosevelt and the Progressive Party. “The Progressive party,” declared one editorial, “is the moving, leading, inspiring force in the nation today. It is advancing as no other movement ever advanced in American politics.”

On August 7, the party formally nominated Roosevelt and Johnson. In his nominating speech, William A. Prendergast, comptroller of the City of New York, remarked that “He [Roosevelt] has fought the most vicious forces in American life and has conquered them . . . To such a leader the hearts of millions of American people are turning in this national crisis.” It was with this nomination that Roosevelt was given the chance to fulfill the remainder of his life’s work, to finally give the American people a “square deal.”

However, Roosevelt’s dedication to a “square deal” under the Progressive Party banner left a key demographic from being at the table: African Americans. As historian Eric J. Yellin observed, Roosevelt staked his political future on alienating the African American voters in the south, who he thought he had already lost to Taft. Due to this misnomer, Roosevelt sought to create a “shadow Republican Party in the south made up of lily-white organizations.” This resulted in the rejection of southern African American delegates from the Progressive Party convention.

Locally, the Indianapolis Recorder, a black owned and published newspaper, wrote scathing editorials in response to Roosevelt’s actions. As an August 10, 1912 editorial declared, “To the Colored men who can find it possible, after denouncing President Theodore Roosevelt as a despot, demagogue, lyncher and betrayer of the confiding Colored race, to now support him even when he leaves his own party and help him to be the founder of a new party, we say that the white world is looking on with a contemptuous smile.” Another column on August 24 noted that, “the position of Mr. Roosevelt, disfranchising the Negroes of the South in his party is a virtual indorsement [sic] of the unconstitutional disfranchising laws of the South, and we believe that he has forfeited all right of respect or support from Afro-Americans.” A minister of the AME Church and long-time Roosevelt supporter, Dr. Reverdy C. Ransom, even left the Progressive Party and publicly criticized Roosevelt’s “Negro policy and…urge[d] the Republican party to improve the situation which the Colonel has created.”

Other Indiana newspapers joined the Recorder in its criticism of Roosevelt’s “southern strategy.” The Greenfield Republican wrote:

This observation highlighted Roosevelt’s central electoral gamble. By alienating southern African Americans, Roosevelt could have lost a key Republican voting bloc sympathetic to his run, all in an effort to court populist white southerners, who largely voted Democrat. In the general election in November, his calculation went exactly opposite.

In the 1912 general election on November 5, Woodrow Wilson, the Democratic nominee, won the election in a landslide, with 435 electoral votes and 41.8% of the popular vote. (Wilson’s running mate was Indiana Governor Thomas Marshall; they won the state with 43.1 percent.) Now, you may wonder: how was this a landslide? It came down to split of the Republican voting base. Roosevelt won 27.4 percent of the popular vote and 88 electoral votes while Taft won 23.2 percent of the popular vote and eight electoral votes. However, Roosevelt did end up winning a plurality of the African American voting base, but did not win the southern populist whites he had courted during the election. Wilson garnered their vote, and in turn, won the election with a clear victory.

Roosevelt’s defeat was not easily ignored. The Lake County Times, in a rather sardonic editorial, wrote that:

Amid the toppling wreckage of the republican party [sic], with its historic pile crumbled into unrecognizable fragments there strides the Modern Apostle of Discontent the Arch-Egoist Theodore Roosevelt. He gazes around him on the debris with a grin and with triumphant staccato simply says—DEE-LIGHTED! ! !

This sentiment underlined what many Republican voters felt about Roosevelt’s decision to run under the Progressive banner: it had only split the party in his vain attempt to take back the reins of power.

Roosevelt’s chances for a third-term never materialized again, despite his continued political ambitions. He died in his sleep on January 6, 1919, likely from a pulmonary embolism. Vice-President Thomas Marshall was once quoted as saying that, “Death had to take him sleeping . . . if Roosevelt had been awake, there would have been a fight.” Marshall also attended Roosevelt’s funeral, and many positive reflections were published in the Indianapolis News.

Roosevelt’s political gamble against southern African-Americans cost him both the chance at the election and diminished his reputation as a champion of progressive ideals. Nevertheless, as Gould as argued, his third-party candidacy helped realign the political forces of the country, solidifying the Republican Party towards a more business-centric conservatism while the Democratic Party moved towards a progressivism that culminated in Theodore’s cousin, Franklin Delano Roosevelt, and his “New Deal.” So, beyond just the electoral success, Roosevelt’s complicated third-party challenge influenced the political landscape for decades.